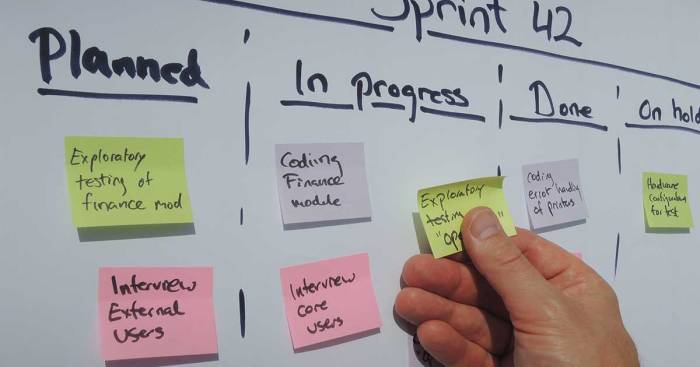 Now you have a specification of your application and developers. It’s time to put on the next hat – project manager. That’s the key part to your success – you have to manage the development process.

A quick note before we move on. You should own the code. Never let developer show you the pieces of the product without giving you the code. Create an account on github and make sure that developers work with a repository there. You SHOULD OWN your code.

Tell developers to show you how UI will like ASAP. There is no need to build the whole backend with API and database to show the actual UI. Developers can always use fake data before building the backend.

Use kanban board to prioritize the work. Here is a good example with Trello. I usually have the following boards:

Don’t overcomplicate it and create too many boards for any possible scenario and development steps. If in doubt – put items in the Later board.

Lear how to triage bugs. Not all bugs should be fixed, even critical ones. Consider the probability of the bug. It’s like insurance – yes if some bad thing happens, it can be costly, but the probability of it is so low and insurance is so high that it doesn’t make sense to have it.

Ask a developer to commit the code daily, especially at the beginning. This will give you a sense of the progress. Review the new code daily. No, you don’t have to learn to program nor to understand the code. But if one commit has a few lines added (sometimes these can be blank lines) and then removed in the next commit, it’s not a good sign. Look, it’s like writing a book – if an author writes only 100 words per day, it’s not good. GitHub will let you compare the changes. You can also track the progress with GitHub activity monitoring tools.

Be proactive. Get everything ready for the next item the developer will work on ahead of the time. Prepare UI design, UX flow, business and data validation rules, and so on.

All this work should not take you too much time. Depending on the number of developers it can be no more than 2 hours a day. Yes, it looks like a lot of work, but this is the road to a happy and frustration free launching.

If you need a code – hire developers from India, if you need a solution – from Eastern Europe.

India and Eastern Europe supply most of the offshore developers. There are very common advantages and challenges working with developers from these regions.

Indian developers work best when you need very common applications like CMS, e-commerce, social network and so on. They can deliver such application very fast and with an acceptable quality. Their English is good, but time difference can be a challenge. Also, they tend to work with older technology stacks. Nothing wrong with that, of course. But if later you consider growing the engineering team in-house, this may present some challenges.

Eastern European developers work better on a project that is unique and requires more research, like IoT or ML applications. The time overlap with Eastern Europe is better, but English may be more challenging. Focus is another challenge. Quite often these developers are more interested in writing code rather than delivering a working product.

There are also good developers in Western Europe, Latin America, China and the US, but I have less experience with them.

Here are the criteria that I use to select the candidates:

Select 5 – 10 candidates and invite them to apply for the job.

Now, about the fixed scope. I would not recommend doing it. It almost never works. Because you have to prepare a detailed specification of the whole application upfront. And whatever price you get will be wrong, because at that moment for most of the freelancers its important to get the job and they will underestimate the effort. It’s better to describe what you need in general, get a rough estimation and then multiply it by 2. The actual time and cost depend on how well you will manage the project. I’ll talk about this later.

When you select candidates, ask for their work – anything that they can show you, whether it’s a completed application or code. Check it, but you cannot be sure that this is really the work of that developer.

Now you have your candidate and ready to go ahead full speed. Stop, don’t do it. Test the developer first. Select something small that should be developed, like Sign Up feature, or Forgot Password or list of the blog posts to show. The developer should be able to get it done in 2 – 5 days. Ask the developer to give you an estimated completion time and work with him. When the feature is done check the following:

If you don’t have any red flags, then hire this person for the rest of the project. Otherwise, pay for the completed work and try the same process with another candidate until you find the right person. Yes, you can loose some money short term but will lose much more if you will continue with the wrong developer.

This is part 3 of the Building successful MVP with offshore team.

Remember – the more details you let the developer interpret freely and assume, the more likely you are going to fail. Think about it this way – if you decide to build your own house, will you tell the builder that you would like to have a gorgeous open floor plan house with 4 bedrooms? I guess not. You will go through each detail of your dream house before any construction starts. 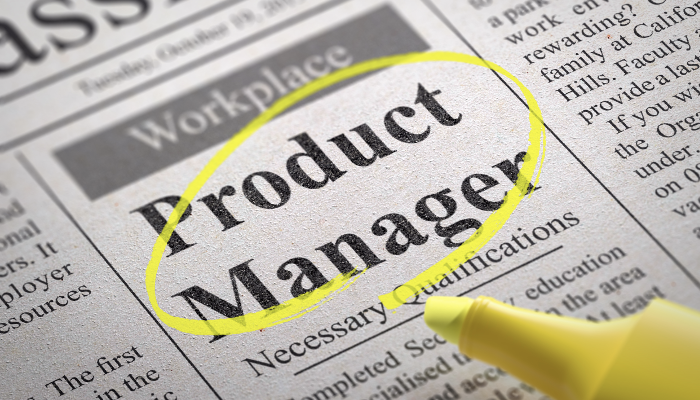 Product manager converts your vision of the application into the exact specification of what user will experience. This includes the exact steps of how a user navigates through your application, mockups of each screen, any data validations and so on. The key word is “exact”.

Let me give you an example. It’s not enough to tell a developer that you need a Log In functionality. You should provide the exact details about it:

“But this is too much work to describe all these details. Shouldn’t developer already know all these?”. No, but he will assume, and that’s not what you want. Believe me, you will do this work anyway. It’s just a question whether you will do it upfront or after the coding is done, the result is not what you need and it should be rewritten. Doing this work upfront saves you time and money. It also gives your QA the exact testing plan.

Now the question is how can you nail all these details upfront? It’s not that difficult, just don’t try to invent a bicycle. Find any popular application that has a similar functionality and check how it works. For our example with Log In, you can try Facebook, Gmail, Instagram or Quickbook. Try all possible scenarios, write them down, apply for your own case and pass them to developer and QA. You should discuss this specification before any development is started. Make sure that it’s very clear for developer and QA that they should not assume, but ask.

Be proactive and you will succeed.

This is part 2 of the Building successful MVP with offshore team.

Let me define what I mean by MVP before going into recommendations. MVP is a product with the least set of features that founders can use to test their business model. You have to consider whether it’s a throw-away or a foundation for your real product. Most founders start MVP with a throw-away approach in mind. They would like to build something quick & dirty and test with a few clients. They plan to build a solid product if MVP has some traction.

It doesn’t work this way in most cases. Founders continue building on top of the throw-away MVP as soon as they get some traction. And soon they have a code that’s difficult to maintain and grow. Their application doesn’t scale and performance is bad. And sooner or later founders face a taught decision – invest into rebuilding the product.

It should not be this way. It’s possible to build a prototype without any investment at all (I am talking about cash, not time). You can do the UI in Sketch and test the UX in InVision. These are very valuable tools that any founder should consider mastering anyway. BTW, I discourage a common theme on startup forums- learn how to code. Programming is not easy. It will take a lot of time to learn it to the level where you can produce something beyond “Hello, world” application.

It’s possible to build MVP on a solid foundation that will be a “keeper”. And it does not need more time or money to build than a throw-away product. I’ll be describing how this kind of MVP can be built.

Developer is not enough

Steve told me: “If only I could find a good developer …“. If you also think that the “right developer” is the way to success, sorry, but you are wrong. If you think that you can pass your vision to a developer and get it back as an application that is close enough to it – forget about it. Save your time and money.

To build a good MVP you need:

If you find a developer who can wear all these hats – great, but it’s not going to be cheap. Now, you can hire people to do PM, PrM, UX/UI, QA. Or you can do it yourself. In any case – there ain’t no such thing as a free lunch – you will pay for this work with your time or your money.

I will share how you can do all these work yourself in the next posts (it’s going to be more practical).

My friend Steve (not a real name) called me recently. He would like to launch a business. He has an idea, business plan and some money to build an MVP. His question: How to? Steve cannot afford SF BA developers. His option is to go offshore. But he heard a lot of scary stories about working with offshore developers.

I’ve heard them too. A lot of them. People had a very bad experience. They will never deal with developers who are not with them in the office anymore. It hurts, I know. I would feel hurt and furious if my personal money were on the line.

But I’ve built successful high-quality applications with offshore teams. And the cost was a fraction of what it would cost to build in the Silicon Valley. I’m not the only one.

I gave Steve some recommendations. I will share them here in the next few posts. Steve can build his MVP offshore. He can do it fast, on budget and without a stress. These recommendations may be useful for you too.